Many highly successful people incorporate the same daily habits into their routines. These behaviors are so common among self-made millionaires that social researchers have identified and published the secrets to their success.

Thomas C. Corley, a financial planner and researcher, studied 177 self-made millionaires to identify their daily habits. In his book “Change Your Habits, Change Your Life” Corley writes, “There is a cause and effect associated with habits. Habits are the cause of wealth, poverty, happiness, sadness, stress, good relationships, bad relationships, good health, or bad health.” Habits affect every aspect of our work and home life, whether negatively or positively.

So what are the habits of highly successful people and how can you implement them in your own life?

Intentional thinking is essential for everyone, not just the highly successful. But quiet time can be especially beneficial for busy entrepreneurs. If you want to incorporate mindfulness practices into your life, check out these tips for achieving work-life balance in today’s chaotic professional environment. Implementing even a few minutes of quiet time each day could make a significant impact on your health and your productivity.

According to a 2018 Bureau of Labor Statistics study, the average American watches 2.8 hours of television every day. In addition, most adults now spend upwards of four hours daily on a tablet or smartphone, browsing the internet, interacting with social media, and interacting with friends and family. Some estimates indicate the average American spends nearly 24 hours every week either online or in front of a TV. That’s an entire day of our week, gone to technology.

While technology and television have their definite advantages, most of the world’s highly successful people limit the time they spend on these activities. In fact, Corley found that 67% of wealthy respondents watch less than an hour of television every day.

Self-made millionaires and successful entrepreneurs have the same number of minutes in the day as the rest of us. But unlike the average American, highly successful people use their time wisely, squeezing the most out of the available hours.

If you want to change your habits and change your life, start with how you spend your time.


Highly successful people read for at least 30 minutes a day, but they don’t read just anything. Business Insider Magazine found that the nation’s top earners (those with a net worth of at least $3.2 million) read self-improvement or nonfiction books rather than reading for entertainment. The magazine states that 85% of highly successful people read two or more self-improvement, education, or career-related books every month. Moreover, 94% of wealthy Americans regularly read news publication and informative blogs.

If you’re not an avid reader, it may be time to change your habits and pick up a good book. Not sure where to start? Here’s a list of the best reads for successful entrepreneurs.

4. Have multiple streams of income 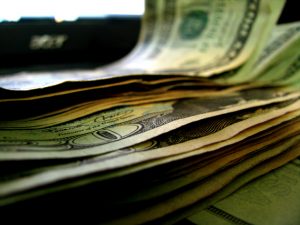 Today’s highly successful entrepreneurs don’t rely solely on one income source. They understand the volatility of markets and plan accordingly. “Sixty-five percent [of successful people] had at least three streams of income that they created prior to making their first million dollars,” writes Corley.

So how can you create additional income sources? Try investing in real estate, affiliate marketing, creating an online instruction course, or diversifying your stock portfolio.

The old adage rings true: the early bird still gets the worm. Nearly 50% of the self-made millionaires in Corley’s study said they regularly wake up three hours or more before their workday starts. Often, highly successful people use this extra time to exercise, complete personal projects, or to plan for the day.

Even though many of the world’s wealthy wake up early, most (nearly 90%, according to Corley’s research) get at least seven hours of sleep every night. Rising early is great for productivity, but sleep deprivation is not. Therefore, it’s time to change your sleep habits: get to bed earlier, and rise before dawn.

A few changes to your daily habits can put you on the pathway to success. Have you incorporated the habits of highly successful people into your daily life? Let us know how they have helped you become more productive!