Since the massive housing bubble burst of 2008, both economists and real estate professionals have been on edge, waiting for the next crisis to hit. It’s been over a decade since the last hiccup, so we want to know: are we headed for another housing crisis? Experts believe that’s the case – and it may happen sooner than you think.

When Will We See Another Housing Crisis?

The housing market has continued to rebound over the past decade. As the economy continues to grow following the Great Recession, so have housing values. This year, housing values are expected to rise by more than 5%. Overall, those seem like impressive gains. But as Forbes Magazine points out, it’s not so remarkable when you consider our booming economy and job growth. With more people working, there should be a marked increase in the number of American homeowners. 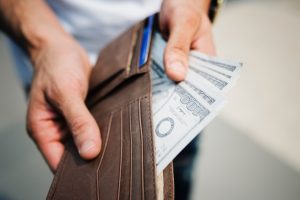 Why aren’t home values keeping up with job growth? Experts say there are a variety of factors at work. For one, many Americans are working, but wages aren’t keeping up with the increase in home prices or the cost of living. It’s harder to save enough money for a down payment. Secondly, consumers are leery about foreign policy, and economic uncertainty. In fact, consumer confidence recently reached a 21-month low, likely the result of ongoing trade wars with China.

Even though the economy remains strong, nearly half of the over 100 economic experts surveyed in a recent Zillow poll predicted the next housing crisis will hit sometime in 2020. Fourteen percent of those surveyed believe we won’t see a housing crisis until 2021, and 9% think it won’t happen until 2022. Of the experts Zillow polled, only 1% of them believed we could delay another housing correction until after 2022.

What’s Leading to Another Housing Crisis?

American housing market health is a complicated issue. Unlike the 2008 financial crisis that led to the Great Recession, experts do not think the housing market will be central to another collapse. Instead, home values will be affected by outside economic factors like trade policy, interest rate hikes, and a myriad of other issues.

What Can Homeowners and Investors Do?

While these statistics might seem like cause for alarm, there’s a silver lining. Now might be the perfect time to buy a home. Housing inventory is up, prices are down, and interest rates are still at historic lows. Many housing markets are still booming and will likely continue to grow even during an economic downturn. Low-interest rates can’t last forever; now is the time to invest in real estate.