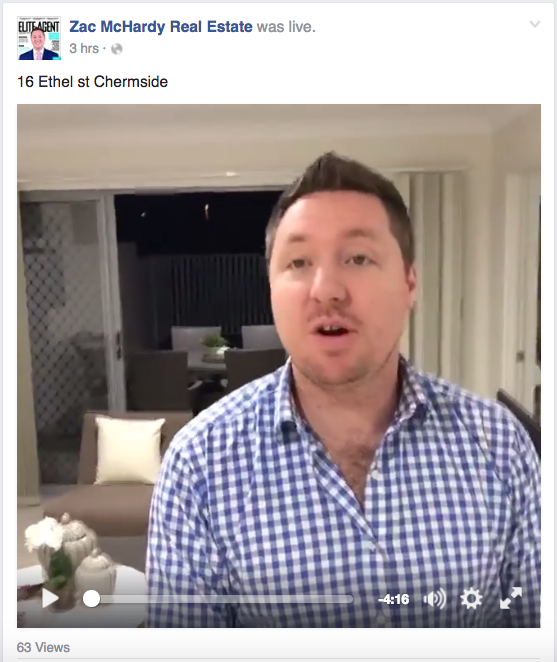 Real estate agent Zac McHardy is among a handful of early adopters of the new Facebook Live streaming video tool.

Have you taken a glance at your Facebook newsfeed lately? Video has taken over. Step-by-step recipe clips, Buzzfeed comedy sketches, paid commercials, and, of course, those adorable clips of your friends’ pets.

The rise of video on Facebook isn’t coincidence. It’s central to Mark Zuckerberg’s long-term vision for the world’s largest social media platform. The Facebook CEO told developers last year that he expects, by 2020, the majority of content on Facebook to be video. Beyond that, more immersive content like virtual reality and augmented reality will take over.

Indeed, videos have become so commonplace on Facebook that it takes something truly special to stand out in a crowded newsfeed. One way is to go live.

In April, Facebook joined Periscope, Snapchat, and Meerkat as a major player in the live-streaming video market with the public launch of its Facebook Live tool. Since then, tens of thousands of Facebook users have gone live with broadcasts, some of which have gone viral, like the Chewbacca mask lady and the gripping live feed of the Dallas police shooting spree.

Understandably, real estate agents have been hesitant to integrate live-streaming video into their marketing arsenal. Being on camera can be intimidating. Being live on camera can be downright hair-raising.

We tracked down several Realtors who are early adopters of Facebook Live to see how they are leveraging the live-streaming video tool. Here are four ways they are broadcasting live to market properties and build their brands:

Just last week, Australian real estate agent Zac McHardy hosted a live, 25-minute Q&A session with prospective buyers during an open house in Geebung, a suburb of Brisbane. McHardy fielded questions both from online viewers and visiting home shoppers during the broadcast, and incorporated commentary and details on the home in between inquiries. He was careful to alert visitors of the Facebook Live stream and offered a path for them to stay off camera. McHardy says the experiment was a success, with five offers on the property, including one from the live video feed. 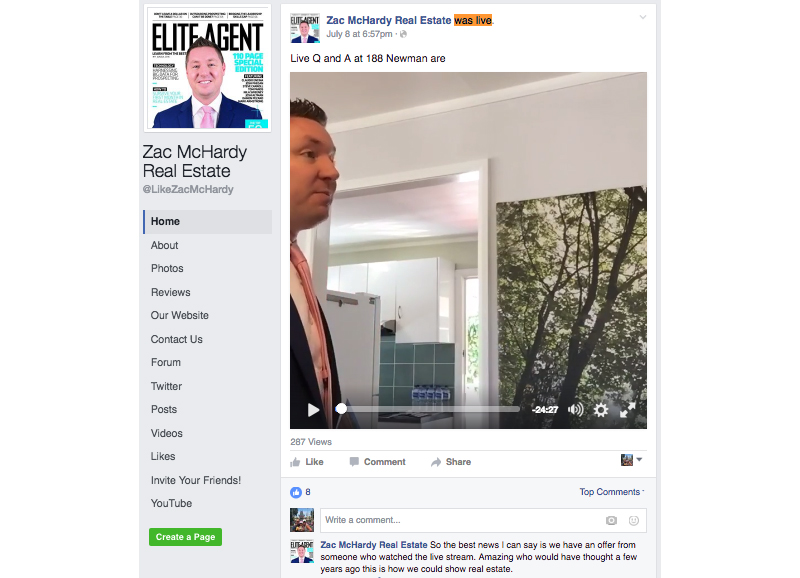 When San Diego-area agents John and Melissa Steele list a property or host an open house, Melissa goes live with a four- to eight-minute personal tour of the home and surrounding amenities. She packs a ton of information into her tours, weaving together key details and personal commentary on the property. Her tone is professional yet casual. 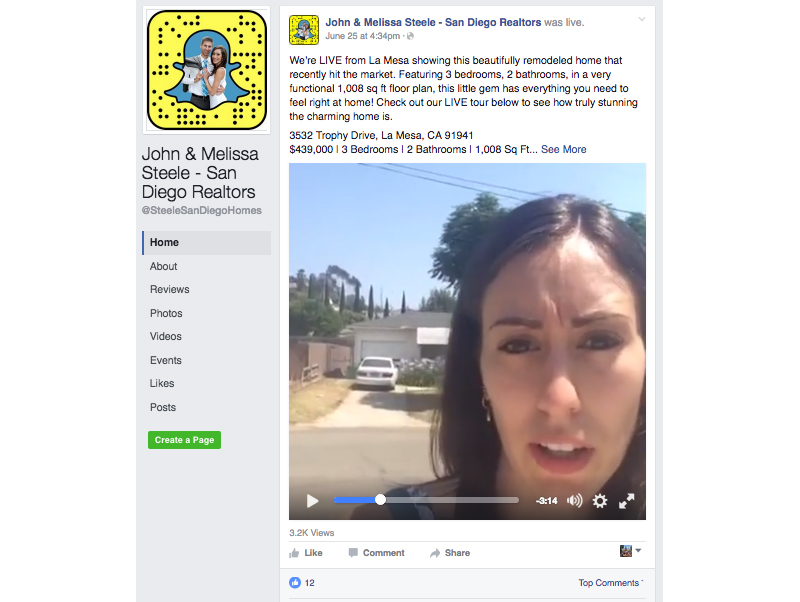 Brandi Wethington, a Farmington, N.M.-based Realtor, has been utilizing Facebook Live to broadcast “check-ins” from her properties and showings. Her videos are short, fun, and informal (some even include cameos featuring her kids). 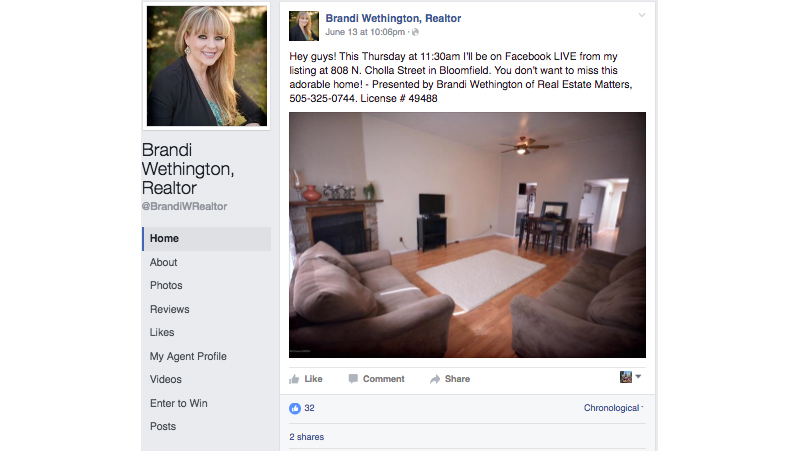 Melissa Steele (yes, she’s an early innovator) used Facebook Live to educate her clients and prospects on the final walkthrough process. She live-streamed an actual walkthrough (before the buyers had arrived), offering home buyers tips and advice on the post-contract process. 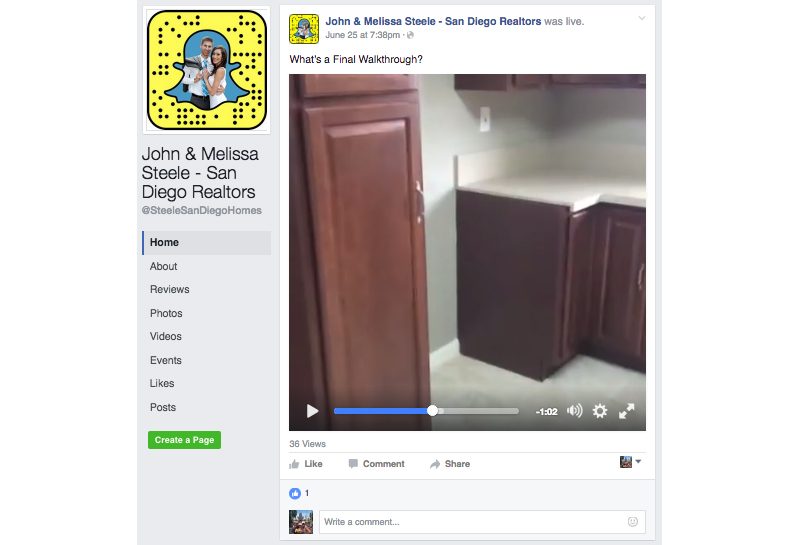 In the coming months, it’s likely that we’ll see many more real estate professionals embrace Facebook Live, just as they have adopted Twitter’s Periscope and Snapchat. For help getting started with the tool, check out Facebook’s tips and tricks page. In addition, there’s a host of articles and how-to guides on maximizing Facebook Live for real estate. Simply enter the terms “Facebook Live, real estate” in your Facebook search bar and enjoy!