About the Federal Fair Housing Act

The Fair Housing Act, initially passed in 1968, prohibits discriminating against renters, buyers, and sellers based on race, color, national origin, religion, sex, familial status, or disability. This law applies to a wide variety of housing activities, including applying for a loan, searching for a home, or working with a real estate agent. Here’s what you need to know about the Fair Housing Act and Realtors, including state-specific regulations that may differ from the national protections.

The Federal Fair Housing Act does not protect against discrimination based on age, marital status, military service, sexual orientation, gender identity, or income source, among others. In the years since 1968, states have passed their own protections in addition to the Fair Housing Act. In addition, regulations may differ from city to city.

The Federal Fair Housing Act offers many protections for residents looking to rent, buy, or sell properties, but they don’t protect everyone. That’s why many states provide additional protections for consumers. States, cities, and local municipalities update these regulations all the time, so be sure to check with your local housing authority for an accurate list of all fair housing guidelines in your jurisdiction.

Some states have added housing protections based on marital status. The “familial status” protections only extend to people with children under the age of 18 or pregnant women. Unmarried couples and single buyers are not protected under federal law. 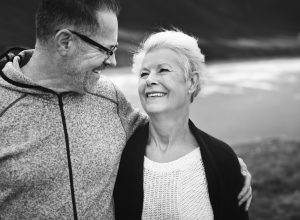 Age discrimination affects both young and senior citizens.  Federal laws do not prohibit housing discrimination based on an applicant’s age, but the following states made it illegal: Alaska, California, Deleware, Hawaii, Illinois (for those over 40), Massachusetts, Michigan, Montana, New Hampshire, New York, North Dakota, Oklahoma, Pennsylvania, Rhode Island, Vermont, Virginia (for those 55 and over), Washington, D.C., and Wisconsin.

The Fair Housing Act and Realtors:
The National Association of Realtors Code of Ethics

While it’s important not to discriminate against a current or potential client, real estate agents are also bound by rules prohibiting them from “steering” clients into or away from specific areas. For instance, 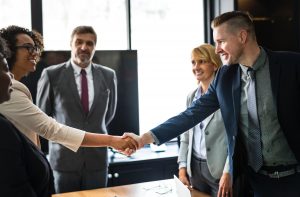 in addition to state and federal fair housing guidelines, licensed Realtors must abide by the NAR’s Code of Ethics.

Article 10 of the NAR Code of Ethics and Standards of Practice guidelines states:

The Code of Ethics also prohibits Realtors from steering clients into or away from specific neighborhoods. For instance, agents cannot volunteer information about the religious, ethnic, or racial makeup of a particular community. It’s also not advisable to comment on the performance of local schools or the crime rate in a neighborhood.

If a client asks you to find a house in “an Italian neighborhood,” or “a neighborhood without violent crime,” for instance, you cannot recommend areas based on those qualifications. You can direct clients to local crime reports, school rating websites, or demographic information for them to research on their own.

The Fair Housing Act and additional state protections guard buyers, sellers, and renters from discrimination. Know the laws in your state and local jurisdiction to avoid violations.