The American housing market was already struggling with low housing inventory before the pandemic hit in 2020. But labor shortages, an exodus out of the cities and into suburbs, and lower interest rates during the pandemic meant more buyers and even fewer homes. One report found a 23% drop in available homes in June 2021, compared to the same time in 2020.

The housing market crunch means higher home prices, which ultimately squeeze first-time homebuyers out of the market. As the real estate market struggles to recover, several states expect to see continued shortages throughout 2022 – and possibly in the years to come.

Is your state of those facing low housing inventory?

Low housing inventory isn’t new to Washington state. Seattle has become a major hub for technology companies. Businesses like Amazon, Apple, Microsoft, and Facebook have all built huge headquarters facilities in the city. The rapid expansion of these businesses means more employees, many of whom come to Washington from elsewhere. 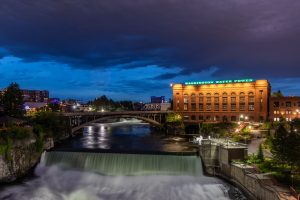 These employees, of course, need a place to live. But available homes and new builds were already struggling to keep up with demand, leading to rapidly increasing home prices in the region. Now, the pandemic, with its labor and supply shortages, has created an even worse inventory problem.

But the largest rent and home price increases aren’t near the coast at all. Spokane, located in eastern Washington, reports the most significant growth. Prices in Spokane and the surrounding Spokane valley rose 40% in ten years.

Currently, political leaders are introducing legislation that would loosen zoning laws and encourage companies to build more affordable housing. However, it will likely take years to feel any relief. 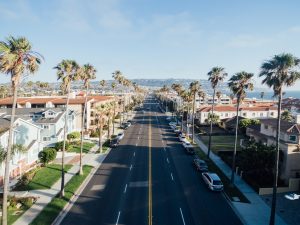 The inventory shortage in California is “catastrophic,” according to one report. Areas throughout the Golden State have struggled with low housing inventory in the last decade, specifically a lack of affordable housing. But in Southern California, many cities are seeing a major home inventory crisis.

As a result, home prices are skyrocketing across California. With an abundance of buyers, including corporate buyers, vying for so few homes, bidding wars are commonplace throughout the state. These rapidly rising home prices make homeownership all but impossible for many California residents, especially first-time homebuyers or lower-income buyers.

Legislators in California continue to debate possible solutions, though relief may be many years away.

It seems low housing inventory impacts the entire west coast, including Oregon. Eugene, Oregon, located about 110 miles south of Portland, is quickly becoming one of the hottest markets in the U.S. Even before the pandemic, Eugene and its suburbs experienced record growth. 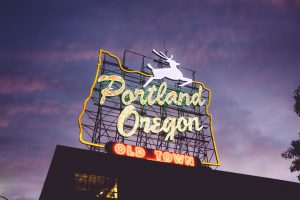 Now, the area faces one of the worst shortages in the nation. Available homes for sale dropped nearly 41% from September 2020 to September 2021. The decrease in availability meant a staggering increase in home prices as investors and individual buyers battled to place the highest bid. Home prices in Eugene and the surrounding areas increased by 13.3% year over year.

Eugene isn’t the only Oregon city facing a low housing inventory crisis. Portland’s growth has been outpacing home sales for years, too. And the same is true for many other metropolitan areas in Oregon. Lawmakers are struggling to address the problem by creating policies that encourage new affordable housing options. With prices rising – and no relief in sight – the options are limited for many Oregonians.

In one eastern Oregon community, builders are resorting to 3D printing to help curb the low housing inventory issue. By programming machines to do much of the work, builders hope to lower home prices and sidestep labor shortages. 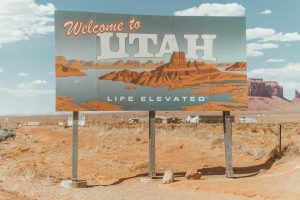 Last year, Utah’s housing market saw the single greatest increase in home price sales in the nation. In the Salt Lake City area, homeowners paid about 28% more on average in 2021 for a single-family home compared to 2020. Income increases were nowhere near keeping up with that jump, meaning more than 50% of Utah households can no longer afford to buy a home.

While many factors led to this sudden and dramatic increase, low housing inventory is chief among them. Utah, like many other states, faces labor and supplies shortages that impact new home construction. New homes are in the works, but they take longer to build, causing the inventory shortage to grow.

The problem extends far beyond Salt Lake City, too. The housing shortage is becoming an issue in nearly every city across Utah. Many families are delaying having children or even leaving the state because they simply cannot afford adequate housing. Without swift action, Utah’s housing shortage will remain an issue, with prices rising and inventory struggling to keep up with demand.

Of the 20 American cities facing the most significant inventory shortages, four are in North Carolina: Charlotte, Raleigh, Fayetteville, and Durham. 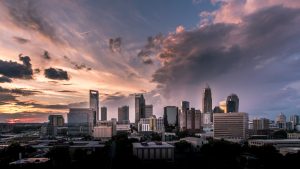 One of the metrics that experts use to determine the health of a city’s housing supply is the estimated months of supply metric. That is, how many months it would take for all the homes currently on the market to sell. In a healthy market, there should be about six months’ supply. Many North Carolina cities have about two months’ supply or less.

In short, the decreased months of supply metric means there are fewer homes available, but more buyers willing to spend big dollars to buy them. In turn, prices are increasing in most metropolitan areas throughout North Carolina.

Like many other states, North Carolina also sees investors scoop up many available properties, often with cash offers, typically over the sellers’ asking price. These cash buyers, often investors looking to rent out these properties or ultimately flip them for a profit, then edge out the average buyer. Over time, that means more of the market is owned by corporate buyers and hedge funds than by the average American family.

Throughout North Carolina, people are struggling financially. Those who do not own homes are seeing their rents increase faster than wages can rise. As rents continue to increase, fewer families will be able to save for a down payment, therefore making homeownership all but impossible for those living in North Carolina.

Low Housing Inventory Across the Country

These five states aren’t the only ones impacted by the low housing inventory crisis. Cities all across America are struggling to keep up with increased demand. But labor shortages and higher production costs have many builders far behind, meaning relief is still years away.

Building more houses might not be the best answer to this issue. Policy shifts towards affordable housing initiatives, zoning law changes, and programs that encourage homeownership and discourage corporate investing could make a long-term impact.

What is the housing inventory like where you live? We want to hear your thoughts! Drop us a line in the comments below.